Ardahan Akdemir was born in Berlin and grew up in Germany and Turkey. After secondary school he went on to study classical music at Bilkent University in Ankara and Dokuz Eylül University in Izmir, as a gramt-award student. He did further studies in music education at Lausitz Advanced Technical College as a award-winner-student of the German Academic Exchange Scholar (DAAD).

At Lausitz he wrote his final dissertation in Arts under the guidance of Dr. Martin Greve. It was titled The Great Experiment and the subject was cultural and eduicational policy in Turkey from the 1920s to the 1950s to the present: the significance of Regional Culture in the framework of Globalization.

Subsequently he received degrees in Cello Performance and in Music Pedagogy. This included numerous television events and chamber music concerts in Folk/Classical/Jazz music scenarios as well as studio recordings for various film, stage and and music productions.

In the years following, he has been involved in various enrepreneurial projects. In Summer 2007 he co-founded the Do-Re-Mi Community Music Workshop Studio For Musicians and Music-teachers (in Berlin). There, he is role was organizational manager. In addition he worked as management assistant for performative projects at Turkish-speaking Tiyatrom Theater Berlin, with a focus on interdisciplinary research.

In 2011 he initiated a tourism project between Turkey and Germany in cooperation with Turkey's Berlin Embassy to bring to light regional and special cultural aspects in coastal areas of the Aegean and Mediterranean Seas. The point was the range of cultural events that need to be considered in terms of a renewable approach to nature, to art and tradition, as opposed to Turkey's current overall picture of mass-tourism.

In the same year he undertook leadership of a project by prominent businessmen to export high-value plant products from Turkey to Germany. This included the purely business tasks involved, as well as an analysis of cultural data and territorial specifics at issue. In 2012, he was responsible for the coordination office and enterprise networking at Baybars Consulting, an IT consulting, e-commerce and multichannel company. That included project development for the company's databank and a B2B Online Market-Place and Catalogue.

At the start of 2014 he created the network “Kenetchi” so as to encourage initiatives which will combine the demands of business and culture. The expectation is to bring together various personalities from the worlds of business, science, literature and the arts.

Currently he is busy with such topics as “ consciousness research ”, the human instinct of learning and exploration on the correlation between nature, art, tradition, social ritual and food culture (as well as the resources the world-wide web offers). And last but not least  -out of idealism and sense of fun- he is also interested in artistic activism. He loves to cook with friends and likes loud and colorful marketplaces. 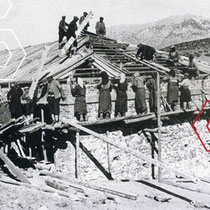 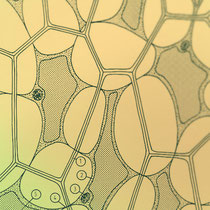 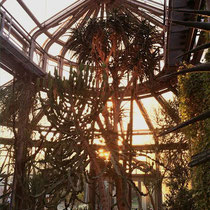